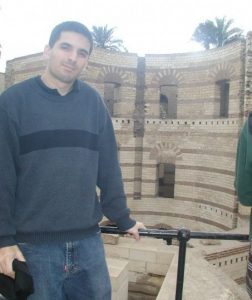 Michael Bufano is currently working on a doctorate in Political Science at the University of Alabama with specializations in Comparative Politics and International Relations. Having spent almost eight years living and working in Egypt prior to coming to Tuscaloosa in 2017, his research focuses on the politics of the Middle East and North Africa. His dissertation research is focused on understanding the nature of racism, racial identities, and race-based mobilization in the region with a particular focus on Tunisia, Egypt, and Morocco. In support of his dissertation research, the Project on Middle East Political Science (POMEPS) recently awarded him a grant to travel and conduct interviews in Tunisia in the summer of 2021. You can contact Michael at mpbufano@crimson.ua.edu 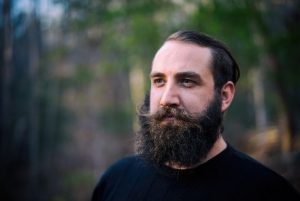 Nicholas K. Sobecki is a Ph.D. candidate in the UA Department of Political Science with a combined focus in International Politics (i.e. International Relations and Comparative Politics). He recently completed fieldwork in Washington, D.C. and Norfolk, VA where he interviewed current and former strategists and policy planners of the national security and foreign policy bureaucracy. Nicholas presented his research at the International Security Studies Section-International Security conference. He will also present to a predominantly professional military education audience at the International Society of Military Science’s conference in Vienna, Austria. You can contact Nicholas at nksobecki@crimson.ua.edu. 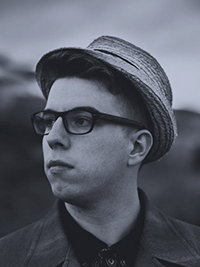 Austin Schutz is the recipient of the 2019 Outstanding Service by a Graduate Student Award from the College of Arts and Science at the University of Alabama for his role in the Gradient, an organization for LGBTQ+ graduate, professional, and non-traditional students. He is also the recipient of the 2019 Amos Mable Sanders Excellence in Undergraduate Teaching Award from the University of Alabama Department of Political Science. His research focuses on the impact of sub-state groups on international politics: this includes the role militaries play in changing state behavior through coups d’état (including the processes that lead to coups), and how community advocates attempt to change international law and highlight global justice issues through the Unrepresented Nations and Peoples Organization (UNPO). Reach out to Austin at amschutz1@crimson.ua.edu. 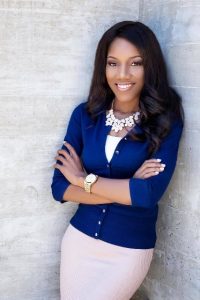 Political Science PhD student Cameryn Blackmore was recently named a 2017-2018 APSA Minority Fellow. The Minority Fellows Program is a fellowship competition for individuals from underrepresented backgrounds applying to or in the early stages of doctoral programs in political science, according to its website. The MFP was established in 1969 to increase the number of minority scholars in the discipline. Each year APSA awards up to 12 funded fellowships in the amount of $4,000 for the fall cycle and 23 awards ranging between $500-$1,000 for the spring cycle, to support doctoral degree expenses. You can read more about this outstanding accomplishment on the APSA website.

Also, the College of Arts & Sciences has an article about Ms. Blackmore and her award in the February 2018 edition of Desktop News.

To nominate someone or yourself to be featured on the Graduate Student Spotlight page, please contact Dr. Holger Albrecht, director of graduate studies.