This THURSDAY, OCTOBER 15th at 3:30 p.m. (ten Hoor 347) Dr. Daniel Gressang will be speaking to students interested in careers in international relations and the U.S. intelligence community. Although I am sure he will take any questions you might have, the purpose of his visit is to help our students understand what they can do to be prepared to land a job in the field of international affairs (especially the intelligence field) upon graduation.  Dr. Gressang received his Bachelor’s and Master’s degrees from our department and currently works for the National Security Agency. See his bio below for more details. 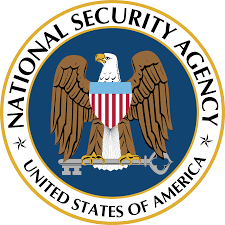 Also lecturing part-time for the School of Public Affairs at the University of Maryland, Dr. Gressang served for 14 years as visiting professor at the National Defense Intelligence College (NDIC), Bolling AFB,Washington, DC. At NDIC, he rebuilt the College‘s terrorism analysis curriculum, focusing student attention on the motivations and goals of their adversaries, on understanding terrorism in a complex systems perspective, and on the need to factor adversarial perceptions of risk into the development of deterrent strategies. His research at the College explored similar themes, leading to the development of useful new approaches for addressing the question of terrorist use of weapons of mass destruction and on-going terrorist group dialogues with actual and presumed audiences. Concurrent with his duties as visiting professor, Dr. Gressang served as the NSA/National Cryptologic School Liaison to NDIC. Prior to his NDIC service, Dr. Gressang served as an Intelligence Research Intern, Senior Analyst and Deputy Team Chief in operational NSA offices, where he created ground-breaking analytic methodologies which allowed unique assessment and interpretation of target activities. He has also served as a consultant for various federal and state agencies and military commands, where he is recognized for his work on terrorist group motivations, counter-terrorism policy and practice, counter-terrorism analysis, and the dynamic adversarial interaction between terrorists and governments.

Dr. Gressang’s current research efforts center on the development of a predictive methodology for assessing the evolutionary trajectories of terrorist groups, offering new insights into the conditions and interactive dynamics necessary for terrorist group emergence as a mass movement. Dr. Gressang has published and presented widely on terrorism and counter-terrorism, homeland security, and intelligence topics. He holds an AB and an MA, both in political science, from the University of Alabama, a Master of Science of Strategic Intelligence (MSSI) from NDIC, and a PhD in government and politics from the University of Maryland, College Park. Dr. Gressang‘s professional associations include the International Studies Association, where he serves as the chairman of the Intelligence Studies Section, the American Political Science Association, the International Society for Political Psychology, and the International Network for Social Network Analysis.